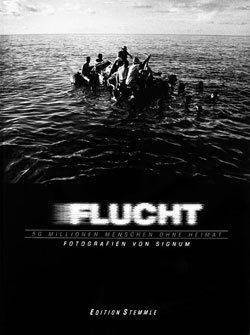 I waited two years for the authorization to photograph a reportage of the deportation prison Glasmoor by Hamburg. As it turned out, I was allowed a week for the actual shoot. The prison, which was constructed in 1993 for illegal refugees no longer exists. Fact is, refugees rarely arrive in Germany anymore, compliments of the Schengener Agreement. At that time though it was not uncommon for the men to be held for 6 months while their identity was being established. After which they were flown home. Those detained were not allowed to work, their only activity…to wait.

This serie was taken for the group-project „Exodus“ with the „Signum-Photographers-Group“. The book is out of print.